Roughly Twenty Four Thousand years ago (from Aquarion EVOL's Standpoint), a disaster only referred to as the "Great Catastrophe" destroyed significant parts of the world and killed off many of its inhabitants. Along with that disaster came the appearance of the Shadow Angels, a winged humanoid species, which seems to have been in slumber for the past twelve thousand years. These beings harvest the humans on Earth, which they call the wingless ones, like cattle, as to extract their life force from them, which serves as energy and nutrition to the Shadow Angels. The Shadow Angels facilitate their harvesting with harvesting machines which are guarded by giant golem-like creatures, the Cherubim Soldiers. Human expedition under the leadership of Gen Fudou had eventually excavated three very technologically advanced fighter planes. Gen Fudou disappeared, but an organization called Deava took over the research of these machines, which they call Vectors, trying to find out how to use them. They find out that only people who are Element users can control the Vectors and, ultimately, unite the Vectors to form the giant fighting machine Aquarion. During the first sortie to fight a Cherubim Soldier, they encounter the young boy Apollo, who seems to be the reborn hero Apollonius, also known as the Solar Wing, who has betrayed the Shadow Angels for his love, Celiane.

After the events of Genesis of Aquarion, mankind living on the planet Vega is threatened by a new enemy from the planet Altair whose female population was wiped out by a mysterious disease. The Alteans using their Abductors, just like the Shadow Angels, invade the cities in Vega to kidnap its inhabitants looking for females strong enough to survive the interdimensional travel back to Altair to ensure the preservation of their race. To defend against the invasion, the Neo-DEAVA organization establishes two teams, one composed of only males and other of only females, each one piloting their own giant machines called "Aquaria". To protect his new friend Mikono, Amata Sora makes use of the power he has kept in secret his entire life and by combining Vectors with male and female pilots into one single robot, the legendary giant Aquarion is reborn once more. 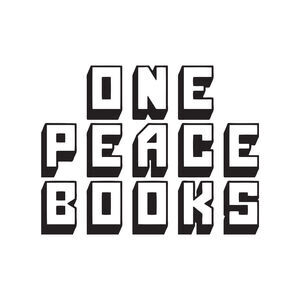 To create a new article, simply enter the article title in the box below:

If you want to affiliate with the Hyperdimension Neptunia Wiki, please contact User:Whiteknight810210 or User:Neffyarious.

Community content is available under CC-BY-SA unless otherwise noted.
Advertisement